Chambers Bay Golf Links is the venue for the 2015 US Open. This course was specifically designed for the tournament. Like all Open courses, the aim is to keep scoring as close to par as possible. The 2007-opened Chambers Bay will be no different.

As the name suggests, this is a links golf course. It sits along the shores of Puget Sound in University Place, Washington, and will test the best in golf with windy conditions, as well as a course of nearly 7,600 yards (6,900 metres).

The field is open to any professional or amateur golfer with a handicap of 1.4 or less. There is no age limit (players as young as 14 have competed before). There is a two stage qualifying process. The first stage is played over 18 holes and the second over 36. Along with the many players who will be exempt, the field will reach 156 players in all. So, if you have a handicap under 1.4 and can win over 2 days and 54 holes of golf, you can compete in the US Open field.

The US Open is the second of the Majors for the year, and the final day of play is always set for Fathers’ Day. With the best players in the world competing, it will be difficult for the Australians to win. After all, only 2 Aussies have ever won this tournament, David Graham at Merion in 1981 and Geoff Ogilvy at Winged Foot in 2006. Jason Day will be eyeing the prize as he has been runner-up twice before (2011 & 2013). 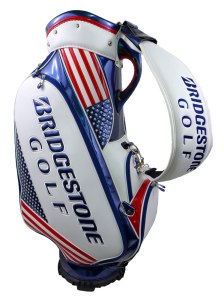 To celebrate the US Open, we will be giving away a limited edition US Open Staff Bag (valued at $450) to one of our lucky Instagram, Facebook or Twitter followers.

It’s easy to enter. Simply follow Sportsmart Golf on Instagram, Facebook or Twitter for your automatic entry. Using #igolfsmart, comment, tag a friend, retweet or share to get extra entries. A winner will be randomly chosen on 22nd June 2015. Winner must be able to pick up their prize from our Moorabbin store.